A personal reflection on faith and religion

Few bother to read and understand what is written in the Bible or think critically about what Christian doctrine implies. Each point listed below presents a claim for questioning the authenticity of Christianity. In total, they lay out a convincing case that Christianity is untrue. In Christianity, we see none of these elements.

Contact Author Throughout history religion has played a monumental role in shaping human civilization. They come in all different kinds of beliefs systems, and are celebrated yearly.

While there may be no universal religion, the stories and traditions that are associated with religion are unique and should be appreciated.

It is through taking an Art and Religion course that I have questioned my own beliefs. Although I am Agnostic and may never believe in a single religion again, learning about other religions through my life has brought me more understanding.

My main religion was being good at Christmas and Easter. That way Santa would bring me presents, and I would get eggs from the Easter bunny. In a way both these imaginary figures work as a religion themselves.

Like a religion, they provide kids with learning early on how to believe in something that they cannot see. Finding out that Santa was not real, however, transformed my holidays forever. Just like parents have to deceive their own kids, I believe that deception is used within all religious communities to accumulate followers.

While this may poorly reflect a religion, it also proves a point: When I was in 5th grade I made an important discovery that changed the way I looked at religion.

On that day, like many Americans, I was filled with anger and my thoughts flooded with ideas of revenge. However, through all that pain and suffering I came to terms with what should matter the most. The most important treasure that anyone has to offer is life.

They ultimately left a wound so gigantic that every American experienced it. Now while I am not mad at anyone who comes from the Middle East, I am angry for the religion that caused so much death.

Witnessing the events that played out on that tragic day taught me that religion could help people, but cause an equal amount of harm.

It was through that moment in time that I changed my beliefs and left Christianity behind forever. 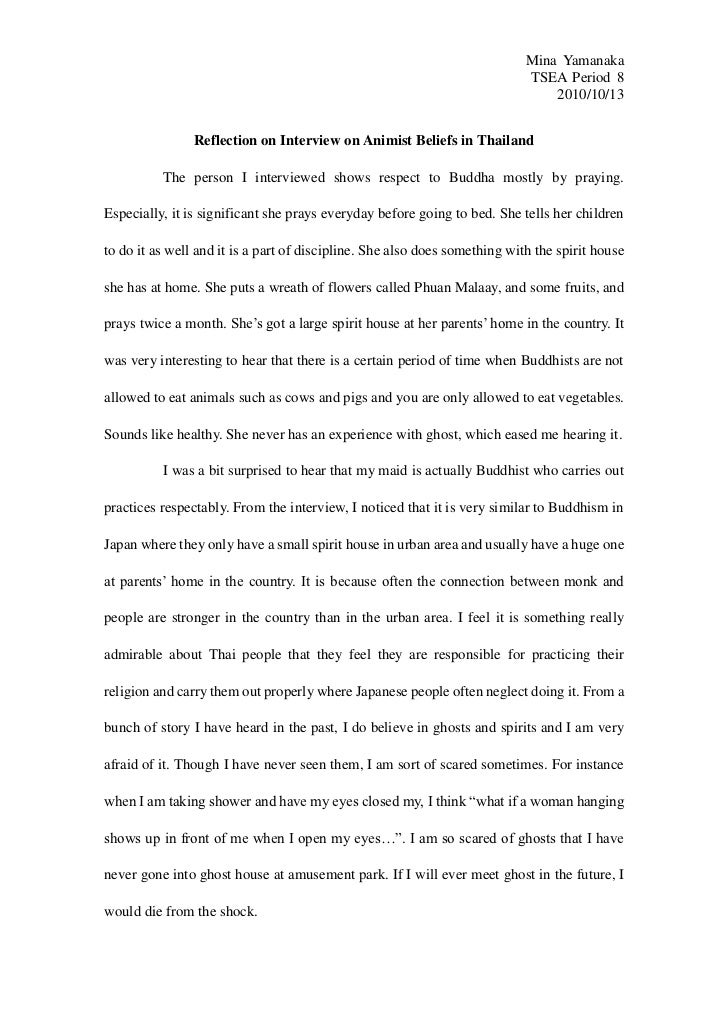 Although Christianity did not cause the mass devastation, I came to realize that religion could take control, and make people do stupid, crazy and illogical things. From that point on, up until today, I have been Agnostic.

With being Agnostic I have become more peaceful then I have ever felt then ever being a Christian. While I may celebrate corporate holidays now, my family has become somewhat divided in beliefs. The nice aspect of having a family that is divided in how they practice religion is that they are tolerant of other religions.

My father is the most rigorous Christian in my family and goes to church every Sunday.“Personal Reflections on the Baha’i Faith from Around the World” is a Baha’i Blog initiative in honor of the Bicentenary anniversary of the Birth of Baha’u’llah, Prophet-founder of the Baha’i Faith.

In this initiative, we share portraits of . In the context of religion, one can define faith as confidence or trust in a particular system of religious belief, within which faith may equate to confidence based on some perceived degree of warrant, in contrast to a definition of faith as being belief without evidence.

A Personal Ethics Reflection. Print Reference this. Published: 23rd March, Last within my professional and personal life, the Trinity reigns supreme and will continue to influence the way in which I define my ethics.

Probing disturbing questions that beg for a response from the Christian community, distinguished scholar of religion and popular writer David Ray Griffin provides a hard-hitting analysis of the official accounts of the events of September Unlike most editing & proofreading services, we edit for everything: grammar, spelling, punctuation, idea flow, sentence structure, & more.

Chosen Ones -- Lectionary Reflection for Easter 6B